It Isn’t A Particularly Flash Day

“It wasn’t a particularly flash day…”

On the 26th of January many people will celebrate Australia Day in pools and backyards across the country. For them this day marks a celebration of our country that cherishes being given a fair go, multiculturalism and being a mate. As an aboriginal woman of Waka Waka descent, I have no problem with celebrating this country, but I certainly have a problem with the day on which we do it. So before you crack open a cold tinnie and get into your togs for an arvo swim take a moment to reflect on why the 26th of January may not provide the same reasons to celebrate for Aboriginal and Torres Strait Islander peoples.

Why is it such a big deal?

At a recent press conference our Prime Minister, Scott Morrison, was asked what all the kafuffle is about Australia Day. His response: “when those 12 ships turned up in Sydney all those years ago, it wasn’t a particularly flash day for the people on those vessels either”. The ships that arrived in Sydney Cove on the 26th of January 1787 had been at sea for three months, which certainly doesn’t sound like my ideal method of travel. But when that fleet came ashore and planted the British flag on the land of the Gadigal people and was declared Terra Nullius or “Nobody’s land”, it became over 200 years of ‘not flash’ day’s for my people. It marked the beginning of our country being stolen, our family being murdered or removed and our culture being repressed.

But I’ve always celebrated Australia Day, why change it now?

Since the early 1800s many unofficially recognised this day as a day to celebrate Australia. However, it was not made an official national holiday until 1994, making the holiday only 27yrs old. For context, I found a tin of corn in my grandmothers pantry last holidays that is older than this holiday. Did she argue when I threw it out because it was expired? No, because she recognised that it was no longer useful. Do you see the point I am making here? A country can grow in 27years, OUR country has grown in 27years. This date is no longer useful just like Judy’s tin of expired corn.

Why can’t you just get over it?

When the first fleet sailed into Sydney harbour, it marked the beginning of centuries of inequality and bloodshed for Aboriginal and Torres Strait Islander People. It was an invasion by the British on a land that had been occupied by traditional owners for over 60 000 years. The Gadigal people were decimated, and Indigenous Australians from the rest of the country would soon face similar treatment. We lost our language. We lost our family. We lost our homes. We lost our safety. To myself and other Aboriginal and Torres Strait Islander peoples, it is a day of mourning for the people and culture that we lost to the colonisation of settlers. In all honesty, It’s the equivalent of our best mate choosing to throw a rager on the day of our parent’s funeral and expecting us to attend and enjoy it.

Why do you have a problem with celebrating our country?

I and other Indigenous Australians have a problem with the date that has been chosen for a national celebration. This does not mean that Aboriginal and Torres Strait Islander peoples don’t want to celebrate the country that we live in today. We just want this celebration to happen in a way that we can celebrate too. For example:

Long story short, yeah it wasn’t a particularly flash day for the 12 boats of convicts and british citizens that arrived in Sydney harbour. But it STILL isn’t a particularly flash day for Aboriginal and Torres Strait Islander people today. I would love share a tinnie with you when we have that arvo swim on a different date. Let’s celebrate Australia properly, on a day that actually highlights the things we all love about this country. 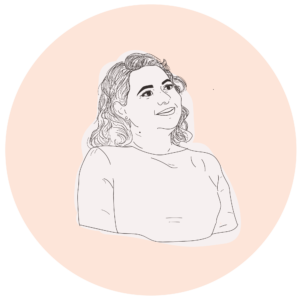 Bronte is an ACA registered Counsellor at The Mindful Collective. She focuses on the way our life stories are formed by society, by others and especially by ourselves. Bronte has a strong counselling framework rooted in a combination of Narrative Therapy and Acceptance and Commitment Therapy, but believes the most important part of a therapeutic relationship is trust.

“In the spirit of reconciliation, The Mindful Collective acknowledges the Traditional Custodians of country throughout Australia and their connections to land, sea and community. We acknowledge the Jagera and Turrbal peoples, on whose land our studio sits. We pay our respect to their elders past and present and extend that respect to all Aboriginal and Torres Strait Islander peoples today.”